Joined Jul 21, 2017
·
699 Posts
From evidence on the web and multiple threads on here we can see this IMA fan failure is not uncommon.

So the $$$ question is can we fix the FAN instead of replacing it?

The supply of junk yards fans will likely dry up at sometime and a new one is UK £300.
Cheaper in the US I understand ~$160?

To find out I will need someone to send me a broken one to disassemble for the benefit of the CR-Z community.

The fan failure is often associated with blown IMA 12V fuse 53 which indicates some sort of short circuit.
Is the failure in the motor itself or in the fan drive module attached to it?

We could find out with a dead fan donation....

Looks like someone might have had the same idea.
Doesn't really say if they fixed or just replaced the module.

Worth replacing the blown mosfet to see what happens.
We might get lucky and it hasn't damaged whatever drives the mosfet further back up the line.

Can get ten for $5 on fleabay. (Newer better parts are also available.) 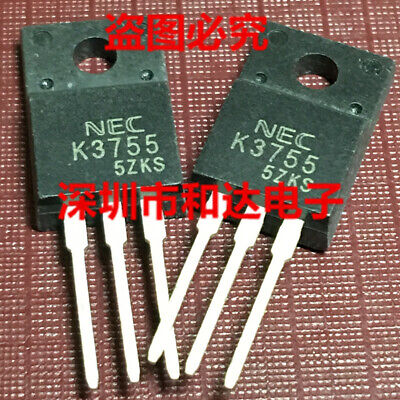 Above estimated list has excluded any events of f orce majeure !
www.ebay.com

So I need a blown fan module from someone to play with.


I still need a broken fan module from a CR-Z, the motor and board to try and fix.
Don't need the outer case etc. Thanks if you can help.
M

Joined 4 mo ago
·
3 Posts
Hi Peter,
Sorry for sort of asking a similar question again but is there any chance you'd know the pinout for those? I assume red would be 12v+ and black should be ground. Are the blue and yellow ones the tachometer and pwm signal, like in any regular 4pin computer fan? If so, any idea which is which?
Also, I got myself one of these 12v 10a power supplies (12V 1A 2A 3A 5A 6A 8A 10A AC DC Adapter LED Transformer Power Supply 110 220V | eBay) to attempt to run the fan externally. On a 4pin computer fan bridging the tachometer and pwm signal would make it run at a low speed. Any idea if these would behave similarly?

You need pwm input on pin 2 say Freq 2khz (The low duty % will determine the speed)
I haven't actually checked the pwm freq that is an educated ballpark guess.

If you simply connect pin 2 to gnd the fan may run at full speed.

Joined 4 mo ago
·
3 Posts
Thank you! I wanted to try this for a while now, but really didn't want to risk frying my fan. I'll make sure to post on the grid charging thread once I get my setup working.
S

Joined 4 mo ago
·
51 Posts
I'm getting the IMA light coming up when battery temps go above 30C and then the IMA fan is running at approx 3700rpm. I pulled code P1448 with the HDS a couple of weeks ago and then it didn't come back as the weather cooled off and battery temps dropped. Well, it is back with a vengeance these past two days, and from reading some other posts it may be that the fan isn't running well on medium speed. Looks like a replacement fan is on the cars and then I might have a broken one to investigate.

Joined Jul 21, 2017
·
699 Posts
You can test the fan with the HDS. Did you do that?
It should go through the three speeds. Low/Medium/High.
It's in the IMA adjustment section IIRC.

I have a spare fan innards for £50 exchange + postage.
I would want to look at the old one so you have to send me that once you have swapped them over.
S

Joined 4 mo ago
·
51 Posts
I did that right after resetting the codes a couple of weeks ago, which I did as soon as I got home from the trip where the fan was trying to go into orbit. The test ran fine at the time.

Joined Jul 21, 2017
·
699 Posts
The IMA usually commands the fan to max speed if there is an IMA fault in case it is an overheating problem it is unaware of.

Sounds like you will def have to change/fix it.

Joined 4 mo ago
·
51 Posts
I swapped out the fan with a replacement unit I bought from @PeterPerkins, but I am still getting the same fault - battery temps get to 30C, IMA light on and fan speed goes from approx 1700rpm to 3700rpm in response. I've pulled the code and it is still throwing up P1448.

I ran the fan test with the HDS and the fan performs perfectly and meets the test conditions without any issue, so I am currently stumped as to what the actual fault is at this stage. The fan is responding to the speed requests, and the speed is being reported correctly.

Joined 4 mo ago
·
51 Posts
The OBDIIC&C is always plugged in and switched on. I've got a trip out tomorrow that should get the battery temps up again, so I'll do it without the OBDIIC&C.

The OBDIIC&C firmware does have the capability of controlling the IMA fan, so it may be a conflict between what the OBDIIC&C is requesting and what the car (MCM) is wanting.

I suspect the MCM does not monitor fan speed unless it is being commanded by it.
But if it is commanding 25% rpm and the OBDIIC&C is demanding 50% rpm that might give rise to a conflict and code.

The reason we might not have seen this before is that the temps have been so low in UK no one's fan was running LOL.

Of course this might be a red herring and you have a real IMA problem.. Can't remember if you have an HDS?
S

Joined 4 mo ago
·
51 Posts
OBDIIC&C firmware should be OBDIIC&C CRZ +JOY +BAR 150321 V1 (going on my last downloaded firmware). I'll have to double check on the device for sure.

I do have a HDS and I took it out with me today, ready to grab a snapshot if the IMA light came on. As it happens it never did, but it did allow me to workout that the OBDIIC&C does seem to be the issue. My battery temps were just above 30C, no IMA light, and, possibly the most useful bit of info, the IMA fan was not running at this temp. I did notice the IMA fan was running at about 1500rpm when the battery temps rose to around 35C.

I think you have hit the nail on the head with your theory and I was thinking similar on the drive back. The MCM is expecting the fan to be at 0 rpm at 30C, but it is in fact running, so it's teddy out the pram, light on, fan flat out.

I noticed this week when I tried to test the fan speeds via the OBDIIC&C that it doesn't work as expected, and I was sure that when I was first playing around with it last year that it did work as expected. I couldn't get it to run the fan at low speed. Medium and fast were only about a 100-200rpm difference IIRC, up near 4000rpm.

If you go into the menus make sure FanStart is off (0) in Config Screen 4.

Joined Jul 21, 2017
·
699 Posts
I added that function to keep the IPU cool in my 21kw supercap setup so it started running earlier.
Maybe not such a good idea now the weather is warmer. LOL
I have refunded the fee for the exchange fan.
S

Joined 4 mo ago
·
51 Posts
There is always the risk of unintended consequences when working through things like this. It's all part of the fun.