This was a lithium pack with a permanent P0B3B fault. (Battery Voltage Sensor internal Circuit Error.)
It completely disables the IMA so has to be fixed.

Basically Honda UK were useless and just wanted them to replace the pack. £7k
The owner lives a long way from me but had access to people who could take the pack out and replace bits etc so.........

I got the owner to buy a clone HDS £100? so they could properly identify the fault and do some other diagnostics checks, cell voltages etc.
The HDS indicated the BMS board D was likely faulty or there was a wiring issue.

They pulled the pack and did some basic wiring checks for bad connections/broken wires etc to no avail.
I have spare Lithium pack BMS boards so I sent a new D board and they swapped out the board but the fault remained.
Now I have had issues in the past with the HDS software, it's massively complicated and does have some bugs in it.
In this case it looks like the BMS boards are incorrectly identified (reversed) on the screen so they swapped out board A and the car now works fine.

I charged £150 per board, and they could have got away with just swapping out A, but left D in as well as it is a PITA to take the Lithium pack out and apart each time.
Total cost for my help and spare boards was £300 for two BMS boards ( A & D) and several phone calls/many messages with diagnostic advice.

I'm going to look (test/prod) the faulty BMS board when I get it back from the owner later in the week.

IMHO every serious CR-Z owner should really have a clone HDS for troubleshooting.
They are invaluable!

CRZstan said:
Thank you for the update on this issue. Can you recommend a seller of clone HDS?
Click to expand...

Joined Jul 21, 2017
·
1,376 Posts
I've been doing some testing on the dodgy? Lithium BMS boards Emma has returned to me.
At the moment I can't find anything wrong with them.

There are no obvious physical failure signs, blown parts etc.

Both the suspect A & D boards are transmitting CAN data in apparently the correct format and with the correct ID.
The cell voltage data looks correct at first glance but I will need to do some more digging on that in due course.

qwertylesh said:
Hey Peter, hope youre well. Do you have any recommendations on where I could find a HDS clone to purchase?
Click to expand...

I don't have any specific supplier recommendations.

Read this thread then do some searching on google/e-bay/amazon/aliexpress etc.

Joined Jul 21, 2017
·
1,376 Posts
Well you def have a problem.
You might need an A board or a D board or both or you have bad connections.
I have not reached any firm conclusions about the faulty? BMS boards from the UK car yet.

I have no idea about the Fit or Vezel as I have never seen those cars or the battery packs.
You will need to Google for pictures of the Lithium BMS boards in those cars and compare part numbers etc.
Post pics if you find them and I will comment.

You can find CR-Z BMS boards on e-bay by searching for the part numbers.
The Lithium Civic Hybrid has the same boards IIRC.

Ideally I would want to see the cell voltages on the tester/obd reader so you may well need a clone HDS.
If you have access to one what are the voltages for all 40 cells? Are they all roughly the same?
Is one board (10 cells) obviously not working (no voltages?)

Once you have the pack out of the car and access to the boards.
Unplug and replug the two HV connectors on each board several times.

Unplug all four boards low voltage side CAN connectors and check for corrosion/damage/damp/continuity etc.
Unplug and replug each CAN connector several times.

The four separate wires for the CAN low voltage harness are daisy chained between connectors or all connect to a central point.
The red wire on A should have continuity to the red wires on the others B,C,D etc Ditto the other colours. Check this carefully.

After you have checked/cleaned connectors etc I would quickly try the pack back in the car and see if the fault has gone.
If not then it's time to swap out boards, in your case starting with A and possibly D.

Joined Jul 21, 2017
·
1,376 Posts
I assume you have done all the procedures and continuity checks I mentioned above?
If so then when you have cleaned connectors on all the boards put it back together and see if it works?

If it doesn't then you will just have to replace boards. Starting with A then possibly D.
You cannot test the boards easily except in the car unless you have special equipment.

Forget about the expected voltages for now.

That def looks like board C is faulty so you will have to replace it.

You have no useable capacity because the control module is not getting valid/sensible data.
So it disables the IMA and sets useable to zero 0% and SOC to 20%

This is an e-bay listing for an A board, but it says they have three, so might have the C board if you ask. 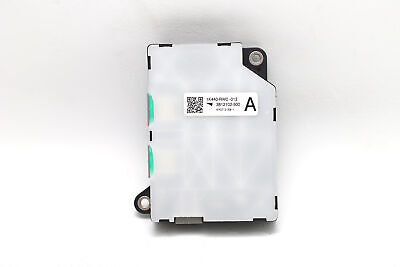 Find many great new & used options and get the best deals for Honda CRZ CR-Z 13-16 Battery Block Module Unit Sensor 1K440-RW0-013 OEM A898 201 at the best online prices at eBay! Free delivery for many products!
www.ebay.co.uk

Someone else tackling the same problem..

I have one available in the UK but the cost would be £200 and you would have to arrange a reliable courier DHL/FEDEX to collect it from my address.
Payment would have to be via paypal friends and family. What country are you in?

Joined Jul 21, 2017
·
1,376 Posts
We have had this before where the HDS wrongly identifies the faulty board.
Maybe due to the HDS software having a bug or bad connections etc.
If you have access to the other boards from the Gen3 Civic swap them all out.

The board 12V power and CAN signals are daisy chained in the harness. If C isn't working then D probably should not be either.
You should have already eliminated this as a cause with your earlier testing/contact cleaning/continuity testing etc.

However it's possible the connector for board C is faulty/corroded inside the socket pins?
Maybe swap the BMS boards harness connectors loom out if necessary.
Or chop off the C board connector and splice in another from the spare pack.

If the low voltage side BMS black harness on the Civic is the same as the CR-Z one in this picture then get that as well.
Note board A is furthest away (at the end of the daisy chain)

Joined Jul 21, 2017
·
1,376 Posts
Now IIRC those brown connectors on the side of the pack are 12V power and ground star distribution/central connection points.
So it might not be a daisy chain setup after all for power and ground.
Def worth having a look in them for any issues and testing continuity from them to each 12V and gnd point on the individual grey board connectors. .

Joined Jul 21, 2017
·
1,376 Posts
The civic boards are the same parts numbers as the CR-Z boards so unless you got unlucky and the one you bought is faulty??

How strange.
The only thing left is the BCM/MCM module that the BMS boards send data too. You will have to change that probably for a proper CR-Z one.
Check the part numbers with a Civic one if you have access to it in case it is the same.

If you do change that module you will have to do several housekeeping things in the HDS menus like rotor position learning and MCM replacement etc.

First read all the info about this error. There is a lot.
The thread below is important. Read it carefully.

P0B3B Battery Voltage Sensor Internal Circuit Error. There are now several examples on this forum and the FB groups of Lithium cars suffering from fatal BMS board failures which render the IMA completely inoperative. Owners are then left struggling trying to obtain expensive spares parts for...

Do you have an HDS?
Which board did your code reader identify as bad?
Which connector have you been measuring?
Did you measure with a connector plugged in or unplugged?
Post pics of your HDS/reader screen etc..

You almost certainly need a new BMS board and probably not the one you think.

If your voltages on cells 31-40 were wrong then ASFAIK you need a new A board not a D board as the HDS will tell you.

Board D is the last board in the CAN chain and has the termination resistors across the BUS so 120R is right for D.
Boards A,B,C have higher value resistors on the BUS. So that resistance difference you measured is not the problem.

It does throw up an issue I hadn't noticed before with reconfiguring a B board to be a D or vice versa if necessary.
You might also have to change/modify the termination resistors as well as the CAN id ones.

Anyway as mentioned I think you need a new (A) board.

We can confirm this with your HDS when it arrives but I would start looking for an A one now.
Or a C board you can change to an A.

Hermankow74 said:
Will look for a good A board. But how do I know if it’s a good A board if I buy it from the junkyard?
Click to expand...

You don't unless you know it comes from a working pack.

Joined Jul 21, 2017
·
1,376 Posts
I would expect it to reset itself and work normally. But you may have to wait till you get your HDS to do more trouble shooting.

We only have the info from your non HDS OBD tool at the moment, so that may be misleading us as to the board at fault.

Are you still getting the same trouble code? Have you checked?
Does the IMA work?

Hermankow74 said:
Can this diagnose the IMA system?
Click to expand...