Joined Jun 26, 2017
·
69 Posts
It is very fun to drive! I have not had as much seat time since the swap as I would have liked last year due to timing of finishing it right before winter but this year it will get some miles put on it.

So, I had not lowered the car at all from where they HKS coilvers were set by HKS. It looked very odd so decide to drop it as low as I thought would clear the fender. 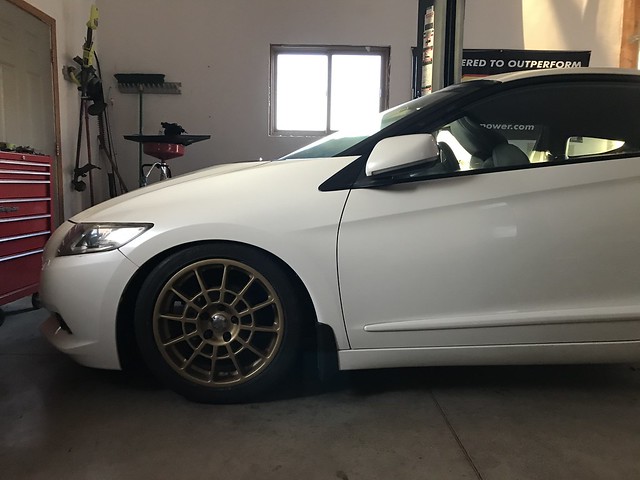 Turns out it was ever so slightly rubbing so I had to raise it 1/4" in the front and the rear is still untouched as I am waiting on spacers to come. 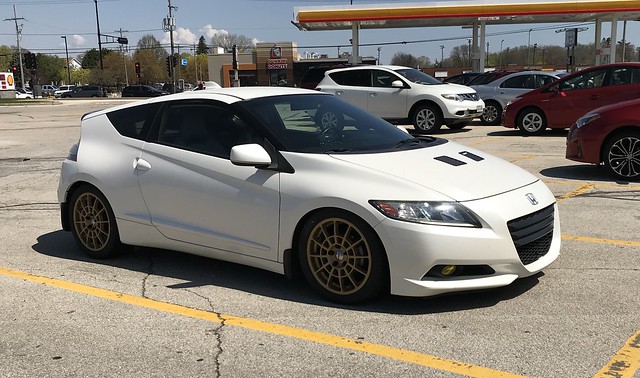 Also, got a very good deal on this seat from a buddy so I decided to wait on getting a Bride seat like I wanted. I have had the Takatas for awhile now and may get to use them. Just waiting on Buddy Club sliders from Kamispeed... 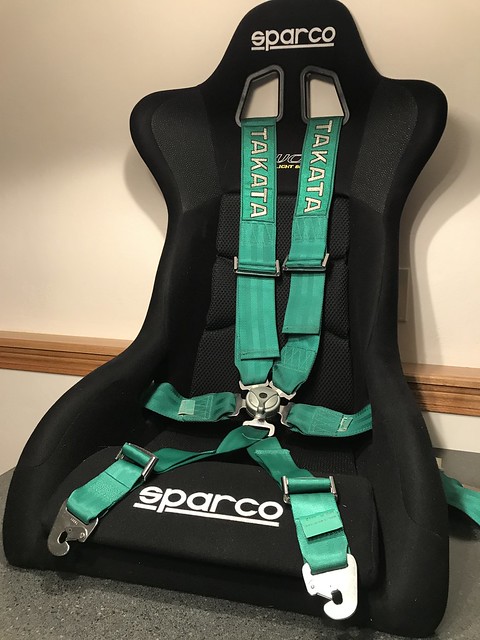 CuteZ said:
I still rub on my front drivers side and im only on springs and struts so its not that much of a drop <img src="http://www.crzforum.com/forum/images/smilies2/sad.gif" border="0" alt="" title="Sad" class="inlineimg" />
Would love to get it more like yours
Click to expand...

I do run upper camber bolts at max camber so I think that’s like -1.5 degrees or something like that. Do you run camber bolts? What size wheels and tires?

KRZY said:
I do run upper camber bolts at max camber so I think that’s like -1.5 degrees or something like that. Do you run camber bolts? What size wheels and tires?
Click to expand...

Yeah you are running a little more extreme wheel fitment then I am. I think I would have to add 25 mm spacers up front to put my outer lip where yours sits and I would definitely rub.

Joined Jun 26, 2017
·
69 Posts
So I guess I will post a little update here. I have been attending a few shows around the midwest and the most recent was actually in a baseball stadium, which was kind of cool. 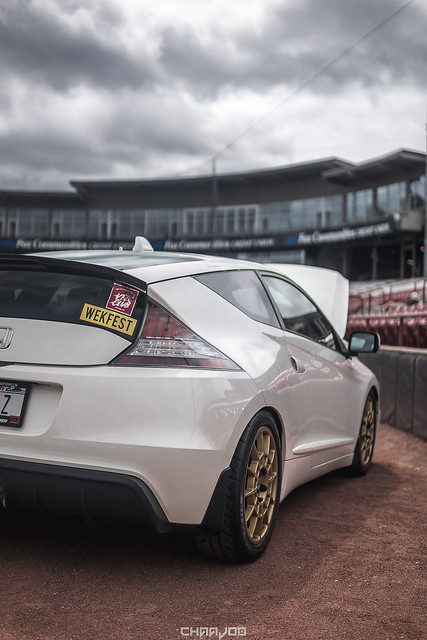 After that show a few weeks ago, I received a shipment from Japan that was order in early May. I was very excited to say the least and began installing the easier parts right away.

First test fit of the Feel's Twill Carbon hood and it is perfection!


I wanted to make sure I didn't rip the latch out of the hood so I ordered Quick-Latch QL-38s and sadly drilled into a nice hood.

Then, I went on to the Feel's Twill Carbon wing install as well.

Everything is very top notch quality and good fit. I have a few more parts that will be installed as I get time.

Also, I will now have a JDP rear spolier for sale that does not have many miles on it at all, as well as an HPD rear diffuser. I will post in the FS threads.