Joined 8 d ago
·
6 Posts
Good evening
Just found this page. I have a 2011 crz 6speed MT
For the last few weeks I've been getting a whining sound on accelerating and it been getting slowly worse
I took to my local garage who has said its the gearbox and probably needs a new one.

It changes gears fine and everything seems OK apart.from sound so I was just wondering what I could do to prevent the big bill

Any help would be great please as I really don't need this.bill at the moment

Joined May 12, 2015
·
7,518 Posts
Depending on mileage and when it was last done a regular flush and fill with Honda fluid may solve it. if it does not get a second opinion.

A bad shaft bearing in the trans can cause a whine for example but that wouldn't mean needing an entirely new transmission. It wouldn't be cheap or easy labor either though.

That said I bought a used Honda once that had the transmission serviced by a Honda dealership; previous owner supplied the paperwork, one of the shaft bearings was replaced and yet it still had a noticeable whine which was not normal as I had owned a couple of the same exact model and trim car. Nevertheless drove it for thousands of miles without issue (eventually did replace the trans but not because of that bearing, went to a 4.7 final drive euro-market transmission from the same model).

Joined Mar 17, 2018
·
392 Posts
I would use only Honda manual fluid in the transmission from the Honda dealer.

Joined May 12, 2015
·
7,518 Posts
There are other sources of Honda Fluid other than the dealer just needs to be the Honda Specified Fluid.
R

Joined 12 mo ago
·
159 Posts
Aisin makes a Honda MTF compatible fluid. Might even be the fluid you get from Honda. I can't confirm that and I have only used Honda MTF from the dealer in my vast collection of Honda's with manual gear boxes.
N

Joined Dec 11, 2019
·
11 Posts
The best would be Honda MTF-3 fluid.
In the UK maintenance fluids and parts can be sourced from Cox motor parts or Tegiwa Imports: 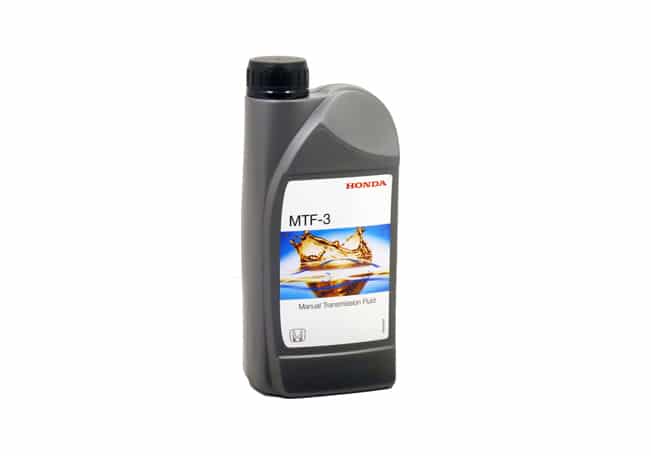 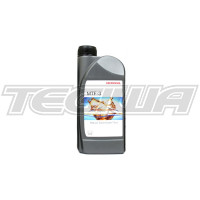 Joined May 12, 2015
·
7,518 Posts
YES and it could not hurt. Many here have had amazing results with changing the fluid. It all depends on what has happened and how often it was done previously. It is a standard maintenance item that should be done anyway and less expensive than a new transmission. If it fixes it then that is a solution, if it does not then you need to get a second opinion. Change it and let us know in your situation.
N

Joined Dec 11, 2019
·
11 Posts
how many miles has it done?
transmission fluid should have been changed at 8 years/75k mi according to the service manual so it would be a good idea to get it done anyway if not already done

Joined 7 d ago
·
1 Posts
Just wanted throw in my two cents. What you describe for a manual to me sounds like the throw out bearing in the transmission. To help you confirm is the sound can happen with or without the clutch engaged. You don’t seem to have any shifting issues and the car drives normally so my guess is the bad throw out bearing. I have seen this happen a lot. If this is the case changing the fluid will not help as the throw out bearing is not inside your transmission housing but in the transfer case where your clutch is. Hopefully this help you out and can have someone take a look at it to confirm.
N

Andiaston said:
Has anyone got a easy to follow guide to changing the transmission fluid
Click to expand...

If you search the forum there's usually a guide for maintenance procedures, among other things.

...okay, so I am a lazy person, and haven't ever really done a DIY before. I'm going to apologize right away, as this is going to be more pointers than a full on DIY. My biggest concern trying this out the first time was finding the correct plugs to remove, so I figure that would be my key...

I agree with @Peweebp6 's suggestion. I was actually thinking along the lines of a wheel bearing at first.
Though changing the trans fluid would not hurt as it should have been done as part of maintenance anyway.

I've changed the transmission oil and problem still there and I can hear the noise when parked up when clutch is up. When I dip the clutch it goes away

Joined 12 mo ago
·
159 Posts
Input shaft bearings are probably due for replacement. Pretty common on a Honda gearbox.

Joined 12 mo ago
·
159 Posts
$100 in parts, probably 6 hours in labor for R&R and the actual swapping of the bearings. The problem will be finding someone to do it. Most shops besides Honda won't touch a hybrid car and Honda won't typically do internal transmission work.
1 - 19 of 19 Posts
Join the discussion
Continue with Facebook
Continue with Google
or sign up with email
About this Discussion
18 Replies
7 Participants
Last post:
ryanthegreat1 5 d ago
Honda CR-Z Hybrid Car Forums
The CRZ community features the latest reviews, mods, pics, and specifications about the Honda CRZ hybrid.
Full Forum Listing
Explore Our Forums
General Discussion CR-Z Build Threads Aftermarket Crowd New Member Introduction Classifieds Forum
Recommended Communities